Solar farms "on the up" despite lockdown 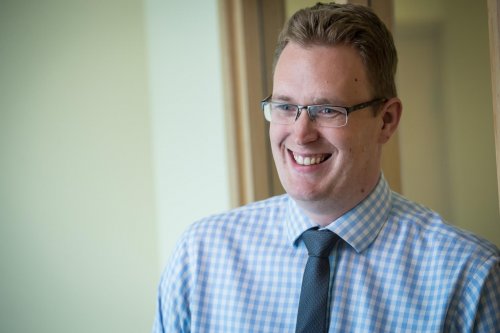 Renewable energy, particularly solar, is on the up with the UK’s clean energy sector looking better than ever. According to the recently released EY annual Renewable Energy Country Attractiveness Index (RECAI), which lists the top 40 countries based on renewable energy investment, the UK had moved up a notch to rank sixth.

Edd Johnson, partner at Roythornes Solicitors, looks at why there has been a growth in transactions and how renewable energy could lead us out of lockdown.

There is no doubt that clean energy is the future, which is why it is no surprise that we have seen a growth in renewable energy focused commercial property transactions – although the timing of this increased interest may be unexpected.

Lockdown has made landowners look for financial opportunities outside of their usual agricultural uses whilst agents and developers are proactively looking for land, particularly large-scale 200+ acre plots with access to the electricity grid that are ideal for solar farms.

New technologies – such as double-sided panels – mean that solar farms are now more efficient than before and some sites that would previously have been considered unviable may now be capable for being developed.

Wind and solar energy are both given priority access to the grid, but with public opinion turning against wind farms in the late 2000s due to their bold impact on the landscape, solar farms have become increasingly popular in the last decade. Amongst the public, support for solar farms remains high. Their deployment has now accelerated again as solar farms become financially viable without government subsidiary, and they remain a very attractive option to landowners.

There is no doubt that Covid-19 has affected every corner of the economy and all types of business – despite this, renewable energy is not only here to stay but could form a material part of the recovery

The wider industry is hoping that the government uses the sustainable sector as part of its recovery plan rather than relying on cheap fossil fuels as in previous economic downturns.

There is mounting pressure on the treasury to recover in a green, eco-friendly manner as records for clean energy usage have been repeatedly broken throughout lockdown. Thanks to the particularly great weather we’ve been enjoying, coupled with a reduction in overall energy use as the country stays at home, the UK has set a new record for the longest period the grid has ever operated without coal.

A ‘green’ recovery also offers the opportunity for job creation as British construction crews may need to be trained up to install and operate these solar farms. Historically crews from Europe or further afield would be flown in, but this offers the perfect opportunity, particularly with Brexit inching closer, to train up workers within the country. It may also be a particularly good opportunity for anyone looking to retrain following what are expected to be widespread job losses.

However, this also extends beyond just renewable energy - I believe there will be a preference to avoid future reliance on complex, international supplies. Instead, I expect a focus on domestic production, whether that be ‘low-mileage food’ or locally produced electricity.

Solar is ultimately bucking the trend and doing well without, or maybe even despite, the levels of subsidy that it used to enjoy. As the rest of the country becomes used to much larger state intervention, subsidy-free solar is an active market.

As a result, we will continue to see landowners capitalise and help bring the UK out of lockdown in a sustainable and green way.

Edd Johnson is a partner in the Roythornes commercial property team. He specialises in the renewable energy sector, advising on large scale solar and other renewable projects for both developers and landowners.

Over 60GW of wind energy capacity installed in 2019, the second-biggest year in history

Wind Power will be a key building block for Economic Recovery

NIBE reaction to the 2020 Budget