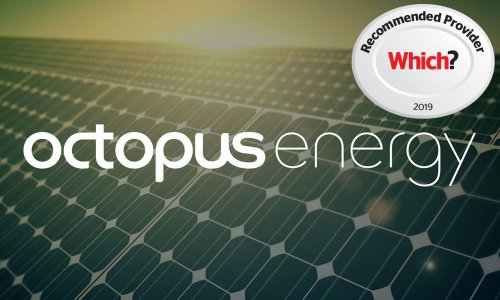 Octopus Energy – one of the UK’s leading energy retailers who already supplies 1.8m households across the UK – has once again been awarded “Recommended Provider” status by Which?. The fast-growth disruptor is the only energy supplier to have received the prestigious recognition for four years in a row.

The renewable energy business also triumphed in Which?’s annual energy satisfaction survey which asked more than 8,000 people in September 2020 about their experiences with their energy provider. With an 80 per cent customer score, Octopus Energy ranked second, having achieved a five-star rating for bill accuracy and four-star ratings for bill clarity, customer service, complaints handling and value for money.

The energy disruptor is also the UK energy supplier which has received the most accolades for its customer service in 2020, having gained three awards and scoring highest in five independent rankings and public ratings, among them Institute of Customer Service Index, the Uswitch Awards, Trustpilot and the UK Customer Service Awards.

Octopus Energy is the UK’s fastest growing private company, having gained 1.8 million customers since launching to the market in 2016. The company received the most investment in the UK in 2020, is rapidly expanding internationally and last year set up operations in the US, Germany, Australia and New Zealand. The launch of Octopus Energy Japan was announced last December, following the company’s second large-scale investment round in 2020 which valued the business at $2 billion.

Greg Jackson, CEO and founder of Octopus Energy, comments:
“We’re thrilled to be endorsed by Which? for the fourth year in a row – something no other energy supplier has ever achieved before. It proves that our tech-enabled operational model can handle rapid growth whilst maintaining excellent customer service.

The face of energy retail has changed tremendously since we launched five years ago, as shown by the slew of small challenger suppliers at the top of Which?’s customer satisfaction table. Today customers are getting a much better service and thanks to the price cap also cheaper energy.

I’m so proud of our team who are putting their heart and soul into driving this customer-focused revolution in energy. And it’s absolutely fantastic to see Which? recognising our role in this transformation.”