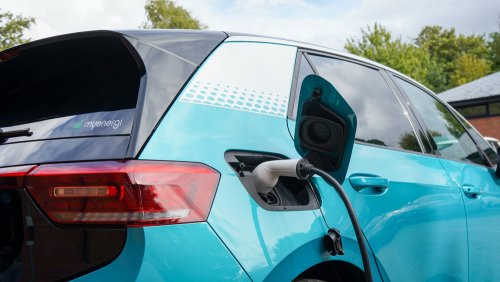 More than one in three Brits wouldn’t consider purchasing an electric vehicle (EV), due to a perceived lack of charging points, according to new research from myenergi. 36% of those questioned felt that the charging network in the UK was unsubstantial, a figure that increased to 46%, almost one in two people, among those aged over 55.

However, statistics released by the Department of Transport in May reveal that the UK’s public EV charging infrastructure has grown by over a quarter, to almost 23,000, in the past 12 months alone. With most drivers only commuting between 20-30 miles per day, and the UK’s public charging infrastructure only set to improve, myenergi argues that a simple lack of awareness is holding back our national transition to electrification.

Jordan Brompton, co-founder and CMO of myenergi, commented: “The adoption of EVs is accelerating fast, with more than 215,000 pure-electric vehicles and 455,000 plug-in hybrids now registered on UK roads. However, education is critical to maintaining this momentum, driving further uptake and supporting the transition away from dated fuel types.

“While driving, maintaining and charging an EV is really simple, we need the UK public to feel confident that the charging infrastructure is sufficient. Unfortunately, there is still a misconception that EVs have a short range and public charging points are few and far between.

“This couldn’t be further from the truth. In fact, the average range of a modern EV is 211 miles and there are now more publicly-accessible charging points than petrol stations! With most drivers commuting far less than their full EV range every day, topping up charge at home or at work is a simple task.”

Oli Bennett, EV advocate and driver in the XITE ENERGY RACING powered by myenergi Extreme E team, added: “When buying a petrol or diesel car, most drivers don’t check their fuel tank size or worry too much about running out of petrol. As a driver in the world’s most extreme electric racing series, I want people to understand just how practical, capable and efficient electric vehicles can be.

“The research conducted by myenergi makes for concerning reading. EV charging is so much easier, cheaper and faster than you may believe. Range anxiety certainly sits in the past when it comes to EVs thanks to the continuous expansion of chargers like the myenergi zappi. Don’t let misinformation prevent you from joining the electric revolution!”

The public charging network is augmented by the rising prevalence of home charging, facilitated by products such as myenergi’s zappi unit, the best-selling, British-made device that benefits from charging modes allowing users to utilise 100% green energy from wind or solar generation.