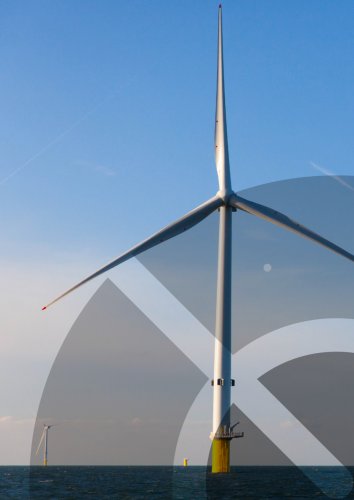 A powerful collaboration of industry leaders has set out the government action needed to supercharge the green industrial revolution and level up the country.

As the UK gears up to unite the world at COP26 and agree more ambitious plans for tackling climate change, Net Zero North West has launched a manifesto to help keep the country on course for reaching net zero by 2050 and maximising the benefits of the transition. Unveiled by Andy Carter MP at an event at the University of Chester’s Thornton Science Park today, the manifesto details how the North West could become the UK’s first net zero region by 2040, turbocharge the UK economy by £285bn GVA and safeguard or create over 660,000 jobs.

With industry accounting for around a quarter of CO2 emissions in the UK, it puts forward a series of policy asks to Government that will accelerate industrial decarbonisation and drive clean growth.

The manifesto was launched by Andy Carter, MP for Warrington South, who said:

“Our region blazed a trail with the first industrial revolution and our stock as pioneers is just as high today. From offshore wind, nuclear and hydrogen, to carbon capture, solar power and electric vehicles, the North West is on a path to become a world-leader of the green industrial revolution. This manifesto sets out a vision for how North West industry can play a pivotal role in reaching our 2050 net zero target, and pinpoints key policy challenges that need broken down to get there. I urge the government to consider these proposals to help level up the North West and enable our region’s industry to innovate, deliver a clean growth boom and create thousands of high value green jobs.”

The unveiling of the manifesto is another highlight in a big week for the North West as it welcomed the UK’s fully electric Zero Carbon Battle Bus on its journey to COP26 in Glasgow and showcased the ongoing rollout of hydrogen in the region, including the North West’s first hydrogen refueling station and hydrogen refuse trucks in Middlewich; Encirc’s glass manufacturing facility that will use hydrogen to power it’s furnaces; and  Protos near Ellesmere Port, where the UK’s first Plastic-to-Hydrogen facility has been approved.

It comes as the nation’s attention is on energy prices and future energy security. The manifesto calls for:

It also provides recommendations for building a resilient circular economy, including more consistent kerbside collection schemes, the roll out of digital Deposit Return Schemes and supporting unrecyclable plastics as a ‘recycled carbon fuel’ for buses, cars and HGVs.

“The UK Government has taken a global leadership role in setting an ambitious trajectory to reduce greenhouse gas emissions. In the North West, we are taking urgent action to support a green industrial revolution and help achieve a net zero UK by 2050. Our recently published Economic Investment Prospectus set out the huge opportunity for the North West and the UK, with the potential to turbo charge the economy by £285bn. This manifesto highlights what’s needed to deliver and shows how by working together we can drive the transition to net zero. This is a time for action and, with an unrivalled range of low carbon projects already happening, the North West is leading the way.”

“Our region is truly spearheading much-needed change when it comes to green investment and innovation – with a series of UK-first decarbonisation projects already underway in Cheshire and Warrington, from hydrogen production to Sustainable Aviation Fuel. The plan launched today provides a clear, tangible roadmap of how to reach net zero in the North West. We’ll be working closely with the Government and the private sector to power a Green Industrial Revolution, in turn unlocking substantial economic and environmental benefits.”

Net Zero North West’s manifesto can be downloaded here. It follows the group’s landmark Economic Investment Prospectus which was authored by top analysts at Siemens and launched in the summer at a special event with Business Secretary Kwasi Kwarteng, setting out 18 investment cases for a pipeline of long-term and shovel ready green projects.

Game-changing technologies that are solving the world’s carbon problem