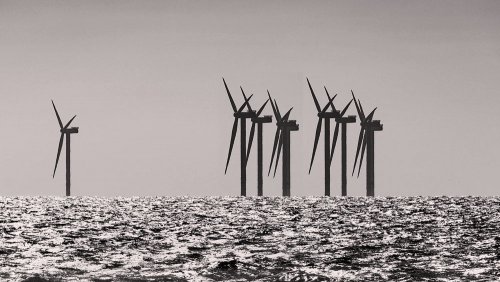 Subject to the completion of regulatory approvals and satisfaction of other conditions precedent, the partners aim to start co-development activities in the autumn of 2020. GIG has already commenced a comprehensive wind data collection campaign to support the portfolio, and the first 500 MW phase of the Ulsan project is targeting commencement of construction by the end of 2023.

GIG is a leading global investor and developer of green infrastructure assets with a mission to accelerate the green transition. To date, GIG has supported 16 offshore wind projects representing almost 5.5 GW of capacity in construction and operations. GIG also has a global development pipeline of over 25 GW, including 4.5 GW of offshore wind development capacity across Asia.

GIG played a key role in the development and delivery of Taiwan’s first commercial scale offshore wind farm, Formosa 1, and is now using that expertise to deliver the Formosa 2 and 3 projects. The Ulsan projects in Korea were the first floating offshore wind developments in GIG’s global pipeline, and demonstrate GIG’s commitment to the growth of next generation technologies and frontier markets.

Total is a broad energy company and has been active in South Korea for more than 30 years. With 5 GW of operational renewable energy capacity worldwide, Total is in a leading position among the energy majors in relation to the energy transition. The group has strong ambitions for further growth in low carbon energies and targets the acquisition of 25 GW of renewable generation capacity by 2025.

GIG and Total’s floating offshore wind portfolio will play a significant role in the delivery of South Korea’s ambitious renewable energy targets. To reduce the country’s heavy reliance on nuclear and coal imports, the government’s RE3020 plan promotes an aggressive increase in its green energy capacity, with a particular focus on offshore wind and associated job creation. The plan targets the delivery of 12 GW of offshore wind capacity by 2030.

The partnership will also focus on maximizing Korean content within the supply chain, in line with the government’s ‘New Deal’ plan, which targets the creation of 1.9 million new jobs through green energy and other new technologies. GIG has signed an MoU with Ulsan City and 18 organizations including local manufacturers HESI and Unison, Korea East-West Power, KEPCO-ENC, and a number of R&D organizations including Ulsan Techno Park and Ulsan University. The MoU commits the parties to cooperation on activities that will promote floating offshore wind in Ulsan, develop local technologies and create new jobs.

“Thanks in large part to the country’s world-class shipbuilding and marine plant infrastructure, GIG and Total see significant opportunities for floating offshore wind in Korea” said Mark Dooley, Global Head of GIG,” We are committed to working with Korean companies and the local workforce as much as possible in order to support the Korean government's Green New Deal plan, revitalize the economy and support jobs through Korea’s green transition.”

“South Korea benefits from a unique set of competencies and assets to become one of the leading players in the floating offshore wind sector. Total and GIG's combined expertise and resources will contribute to the success of this strategy and help curb down the country's carbon emissions in line with our net zero ambition,” said Julien Pouget, Senior Vice-President Renewables at Total.

Vector and AWS Join Forces to Accelerate the Future of Energy