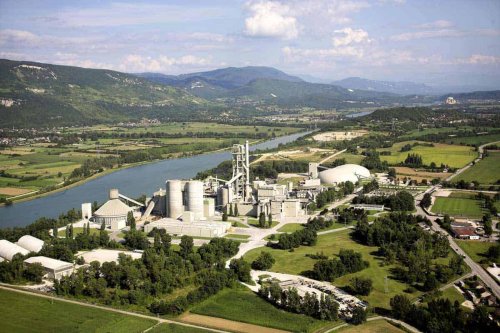 Carbon8 Systems, the UK company that invented and owns a process that combines industrial waste residues with captured CO₂ emissions, will be running its first Energy from Waste (EfW) pilot project in The Netherlands. AVR’s EfW plant at Duiven, 120km east of Rotterdam, will host Carbon8 Systems pilot project.

Today’s announcement of the AVR EfW pilot project follows the July 2020 announcement of Carbon8 Systems first commercial agreement to deploy its carbon capture and utilisation technology – at a cement plant in France, owned by the Vicat Group.

Carbon8 Systems patented carbon capture and utilisation solution is known as the CO₂ntainer - a modular, containerised solution – described as carbon capture in a box.  For this pilot, a CO₂ntainer will be installed at Duiven, in order to demonstrate how fly ash produced by an EfW plant can be combined with captured CO2 from a plant’s flue gas emissions to create manufactured aggregate for compliant use in the construction industry.

Annually, the Duiven plant processes waste from 1.5million households, releasing around 400,000 tonnes of CO₂. Last year (2019) AVR revealed its work with Air Liquide to use c15% of the CO₂ captured from its Duiven plant, mainly for regional horticultural purposes. For the extra potential, AVR is developing the more promising applications, like Carbon8 Systems’ solution.

It is expected that the Duiven pilot will produce 100 tonnes of building product for validation and use, with the potential to use more of the plants CO2 in the future. At Duiven, Carbon8 Systems CO₂ntainer will use the CO₂ from the EfW plants flue gas that would normally be captured and sold directly.

Dr Paula Carey, co-founder and Technical Director of Carbon8 Systems, said: “Working closely with AVR, drawing on our experience of working with the cement industry, and following positive lab tests results, we are pursuing a two-phase strategy for deploying our technology in the global Energy from Waste sector: running a pilot scheme first and then, if successful, into commercial operation. Ideally, we will do this at Duiven or elsewhere within AVRs operations in The Netherlands.”

“Given the level of flue gas emissions from EfW plants and the need to stop ash going to landfill – and not forgetting the high cost of doing so - we see significant business opportunities for our CO₂ntainer in the EfW sector – in Europe and worldwide.”

Michiel Timmerije, Director of Energy & Residues at AVR said: “We are interested in the environmental and commercial potential of Carbon8 Systems’ technology.  AVR is 100% committed to using solutions that make best use of our CO₂ emissions, and the ash that our plants produce. We are ultimately targeting zero waste.”

In addition to EfW and cement, other sectors where Carbon8 Systems patented Accelerated Carbonation Technology (ACT) solution can be used include the steel industry and the paper industry.

Green Urbanisation e-Roadshow plots the way to a resilient future