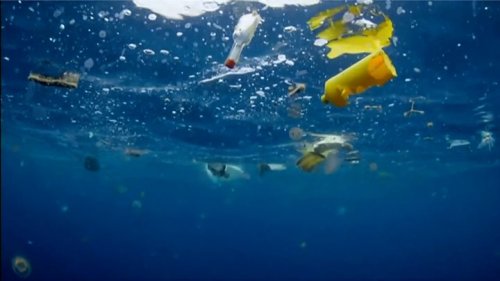 A new study* published yesterday (18 August) by the UK National Oceanography Centre has revealed that there is at least 10 times more plastic in the Atlantic Ocean than previously estimated, showing the world’s plastic pollution is likely to be much greater than realised. The mass of ‘invisible’ microplastics found in the upper waters of the Atlantic is approximately 12-21 million tonnes.

Professor René Garello, IEEE fellow and Professor at IMT Atlantique, offers the following comment on the technology being used to solve the issue with plastics in the ocean:

“As the world comes together in a bid to expose and address the growing issue of plastics in our oceans, we must continually look at the ways in which technology is enabling the ongoing monitoring, tracking and clean-up of the plastic that has already blighted such a large segment of the world’s oceans. This is not without its challenges, however, as it is particularly difficult collecting data and making informed analysis on plastic pollution in marine environments, due to the size of the individual pieces and the inevitable fragmentation and decomposition, which makes them virtually impossible to detect. In addition, given the sheer volume of data, scientists struggle to get meaningful output from such a diverse data set.

“That being said, we are seeing the emergence of new and collaborative methods of addressing this. The process of properly quantifying the mass of disintegrating plastics in the ocean requires taking spatially distributed measurements of all sizes and classes of debris on a global scale, as well as the plastic beneath the surface. Scientists must focus on the acquisition of data from multiple sources – such as satellite imaging mixed with global and local observations – to create models of surface current circulation and give indicators of the levels of plastic presence. There is a definite need to implement artificial intelligence (AI) in some capacity – via a machine learning or deep learning based approach – to make sense of what is collected.

“For it to be effective, AI must be able to perform automatic browsing and processing to deliver the expected monitoring and tracking services. If the technology is not able to continually update its results based on incoming data, then we would not have a real-time view of the issue.”